Today we celebrate Women’s Rights Day. Ninety-five years ago, on August 26, 1920, U.S. women finally won the right to vote with passage of the 19th Amendment. Many put their lives on the line in this hard-fought battle, including scores of courageous Black women and working-class immigrants.

Black women became vibrant leaders for political rights because their lives showed them the deep-rooted connection between political disenfranchisement, race oppression, female subjugation, and poverty. Their leadership for civil and human rights continues to this day.

A proud tradition of leadership
After fighting to end slavery, Black women continued to press for economic, political and social equality. The need was great for public education, economic opportunity, and eliminating the abuses that continued in the South.

Pitched battles took place during the late 1800s over the 14th and 15th Amendments which were designed to give freed slaves the rights of citizenship, including the vote. A divisive wedge was that the 14th Amendment defined voters as male for the first time in the Constitution. The 15th Amendment said race or color could not be used to deny the vote. Some suffragists thought this was an opportunity to also make sure women were not denied the vote.

Bitter splits and divisions ensued. Prominent suffrage leaders Elizabeth Cady Stanton and Susan B. Anthony used racist and anti-immigrant slurs to argue that educated white women should get preference. Some Black suffragists, including Sojourner Truth, Mary Ann Shadd Cary and Harriet Forten Purvis, demanded that both Black men and women should receive the vote. Other feminists and abolitionists, both Black and white, called for women to discontinue their work for suffrage until Black men's rights were secured. 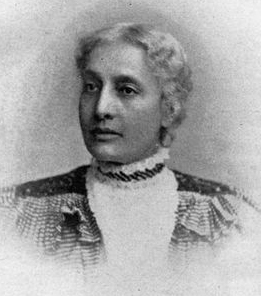 What course could have been followed? Radical Women has always advocated for multi-issue organizing. In this case, the highest priority should have been to forge multi-racial solidarity: to show two-way dedication to both race and gender rights without either side being abused or told to step back. It should have been possible to advocate for women’s rights and also support gains for Black men. This would have strengthened the movements and left them in a better position to fight the denial of rights for both Blacks and women that continued after passage of the amendments.

Instead, a move to single-issue conservatism in later decades prevented the middle-class suffrage movement from benefiting from the leadership of pro-suffrage women of color such as anti-lynching activist Ida B. Wells and social reformer Mary Church Terrell.

Suffrage gained a more working-class foundation in the early 1900s, when the Women's Trade Union League took up the fight and suffragists came out in solidarity with immigrant women strikers at the Triangle Shirtwaist Company. Finally, in 1920, women gained the vote with passage of the 19th Amendment.

The battle to end Jim Crow
Despite constitutional amendments, Black men and women were prevented from exercising their voting rights as long as race segregation was the law of the land. Southern voting restrictions included literacy tests and poll taxes. This effectively left out most Blacks (and many poor whites). Blacks who attempted to register or vote faced retribution, violence and murder.

This homegrown terrorism didn’t stop Black women from rising up as participants and leaders in the civil rights movement with boycotts, freedom marches, and voting drives, many initiated by the fearless Ella Baker. It was a war against racism, poverty and the suppression of Southern labor. This powerful movement broke the back of segregation, won the landmark Voting Rights Act, and inspired civil rights revolts among other people of color, women, queers, and oppressed people around the world. 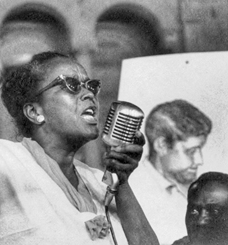 In one of the most dramatic actions for political rights, Fanny Lou Hamer, Annie Devine, and Victoria Gray helped found the Mississippi Freedom Democratic Party (MFDP). The MFDP challenged that state's all-white Democratic Party. At its 1968 national convention, the Democratic Party refused to recognize MFDP. But Hamer had a national audience for her pivotal speech on the violent suppression of Black voters.

New generations continue the fight
Today, Sojourner Truth, Mary Church Terrell, Ida B. Wells, Ella Baker, and Fanny Lou Hamer are inspiring a new generation of activists. Fed up with police killings of people of color, Black women are central organizers in the fight against police brutality. In fact, three queer Black women created “‪#‎BlackLivesMatter‬.” Protests, massive marches, and civil disobedience by both Blacks and people of all races have shone a spotlight on the deadly injustices that suppress Black communities and deny political rights to people of color. Police violence and systemic racism are now front-page issues in the presidential campaign. The rejuvenated fight against racism can strike every aspect of U.S. life and inspire militancy by other people of color and oppressed people – as the civil rights movement did before it. 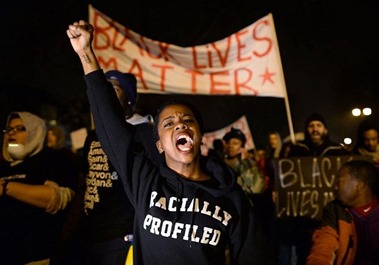 Though the fight for voting rights is crucial, people of color, women and working-class people as a whole will continue to be disenfranchised as long as electoral options are limited to Democrats, Republicans or other representatives of capitalism. Both major parties have backed the militarization of police, government spying, and criminal codes that make mass incarceration a thriving business. Both have narrowed reproductive rights. Both voted for free-trade agreements that impoverish workers around the globe. Both give tax breaks to corporations and the wealthy while cutting funds for Social Security, education, and human services. I could go on, but as Fanny Lou Hamer put it, I’m sick and tired of being sick and tired. Let's talk about the alternative.

Third parties have a difficult time getting on the ballot because the electoral system is stacked against them. Even so, socialists run campaigns that shift the political narrative to the left. It's important to support them and bring radical ideas into public discussion. Beyond elections, hope lies with building a strong street-level movement that is rooted in working-class interests, unified across race, gender/gender identity, and sexuality, and led by those who have the least to lose and the most to gain by overturning the cruel capitalist system.

This Women's Rights Day, let's rededicate ourselves to fighting entrenched, murderous racism and sexism, and pledge to forge a multi-racial, radical, working-class feminist movement that will never again let bigotry divide it.