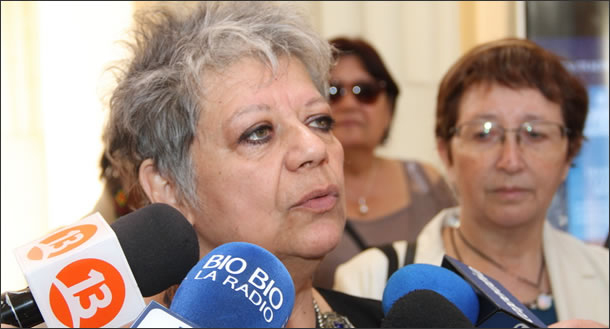 After 44 years, the perpetrators responsible for the horrific abuse and torture of Nieves Ayress Moreno under the Chilean military dictatorship of Augusto Pinochet have finally been brought to justice. It was announced March 12 that they now face lengthy prison sentences.

While a student revolutionary in her 20s, Nieves was arrested in 1973 shortly after Pinochet seized power. She was sent to prison where she suffered electroshock, repeated rapes, other vicious forms of sexual torture, and solitary confinement. Her tormentors slashed her breasts and forced her to witness the torture of her father and 15-year-old brother.

Nieves gained her freedom as the result of an international feminist campaign. Undefeated, she ultimately emigrated to the U.S., where she has organized tirelessly since the early 1980s on behalf of women’s and immigrant rights. She and her Chilean compañero Victor Toro have been the mainstays of Vamos a la Peña del Bronx, an important immigrant community center.

Nieves gave birth to a daughter in 1981 against all odds, given the brutal sexual assaults she endured in prison. Today, she is a proud grandmother.

Nieves has been a longtime friend of Radical Women and the Freedom Socialist Party. We salute her and all those who continue to fight against political repression and injustice in our hemisphere.